Congratulations to our Year 7 football team who successfully completed an undefeated season by winning the Year 7 District Cup final against Kettering Science Academy 2 – 1.  The team is now the proud holder of both the 7-a-side and the 11-a-side district championship titles.

The final was played to a bumper crowd at Harborough Town Football Club on the first team pitch.  The Science Academy began the game the brightest, dominating an early position.  However, the defensive line of Jamie Glen, Chris Knapp, Irdi Cupi, Cameron Sinclair and goalkeeper Laine Macreadie remained solid and restricted the opposition to only one scoring chance, easily saved by Macreadie.

After weathering the early storm, Kingswood began to play to their capabilities.  Led by the impressive Paddy Campbell and David Witkowski, the team created a hatful of chances - Oran Doherty and Jake Buckingham were both unlucky not to break the deadlock.  Kingswood’s domination eventually paid off when a pinpoint ‘Beckham-esque’ cross from Lee Tosh was powered home from the head of Campbell.  The team continued to dominate and should have been two or three goals up by half time.  However, a ‘mazey run’ from the Kettering winger was finished with the last kick of the half to equalise the fixture. The half time score was 1 -1.

The second half followed much the same pattern, with Kingswood looking most likely to score and the Science Academy looking dangerous on the break.  A change of formation to 3:5:2 introduced the hard working Morgan Winter to the game.  Kingswood eventually took the lead when another superb set piece from the composed Captain, Lewis Armour, was clinically headed home by Chris ‘the rock’ Knapp.  Kingswood created further chances through striker Emilio Calardo and tricky winger Lewis Sullivan, although they were unable to convert them.  The closest they came was a Buckingham strike from outside the area that struck the post.  Kingswood continued to work hard as a team and the game finished 2 -1, crowning Kingswood the ‘Champions’. 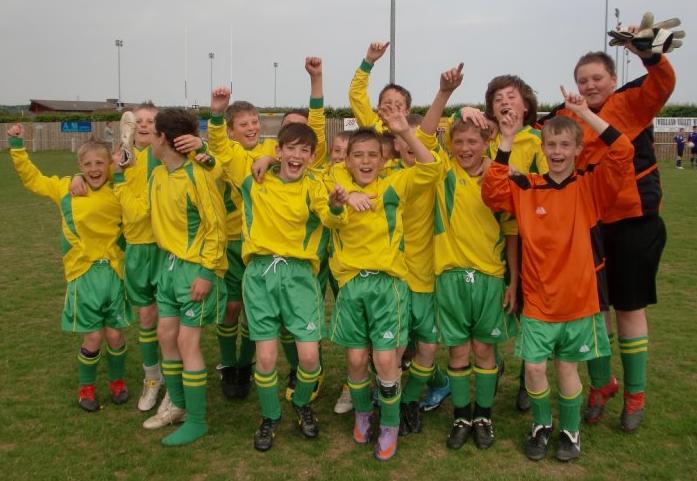