On Friday 30th March 2012, Bourne House held a fundraising day for the charity the Association for International Cancer Research (AICR). This organisation is an independent charity whose aim is to support fundamental research by eminent and promising scientists throughout the world, into the causes and prevention of cancer.

e in the Atrium. Many parents and students came to the event, which raised over £350. The next day began with a non uniform day for everyone in school – students and staff donated £1 for the privilege. A signed Manchester United pennant was raffled, which ironically was won by Kieran Huxtable, an Arsenal fan. The day then continued with various ticketed events, including; Easter Crafts, Chocolate Eating competition, Crossbar Challenge and Face and Nail painting. Everyone had a fantastic time.

Dave Llewellyn, a very tired Head of House, would like to praise everyone who

helped to organise the fundraising and to parti

The day was a terrific fun way to raise over £1,600 for a very worthwhile charity. AICR has contacted the school and will be sending a representative from Scotland to visit us. 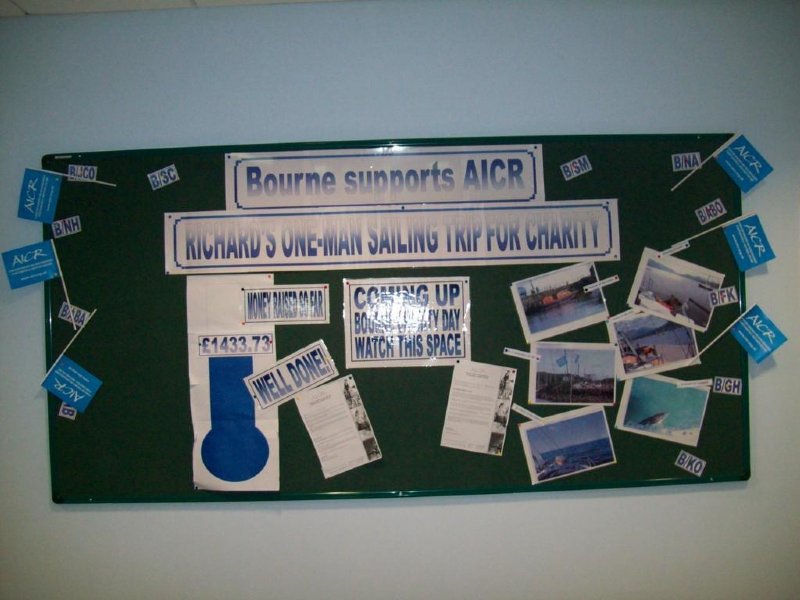