Congratulations to all those who took part in any way in raising money for Red Nose Day.  Our four ‘knitters’ Shahnaz Chaudhury, Lauren Lambe, Kayleigh Toward and Kirtika Vashist raised an amazing £300.

They knitted all day from 8.40 a.m. until the final bell at 3.00 p.m. – a marathon effort which gave them sore fingers and four partially completed scarves.

There were also numerous other students who were sponsored to remain silent for the day. The ‘shrapnel’ collections in each of the houses raised a significant amount and that is included in the running totals below.  The Cake Sale – superbly organised by Kirsty Davies and a number of helpful members of staff – raised an impressive £155.97.

There is still money to come in which we hope will take the total close to £1000.  We will be holding a non-uniform day on the last day of term – Friday 8th April – and the proceeds from that will also be added to the Comic Relief Red Nose Day total.

The running totals for the five houses are at present:

Well done to all those involved. 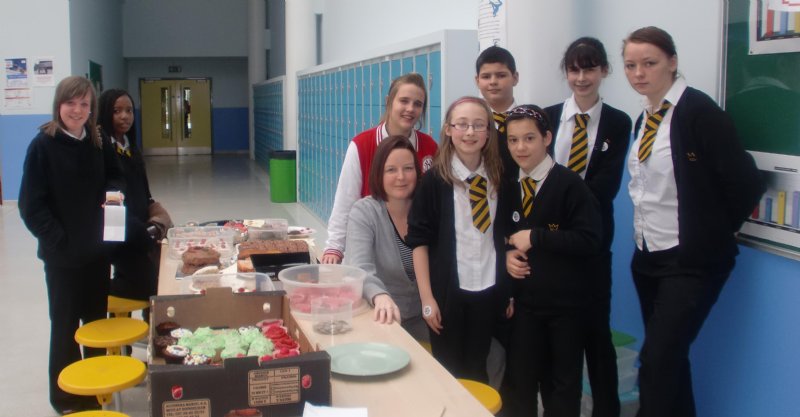 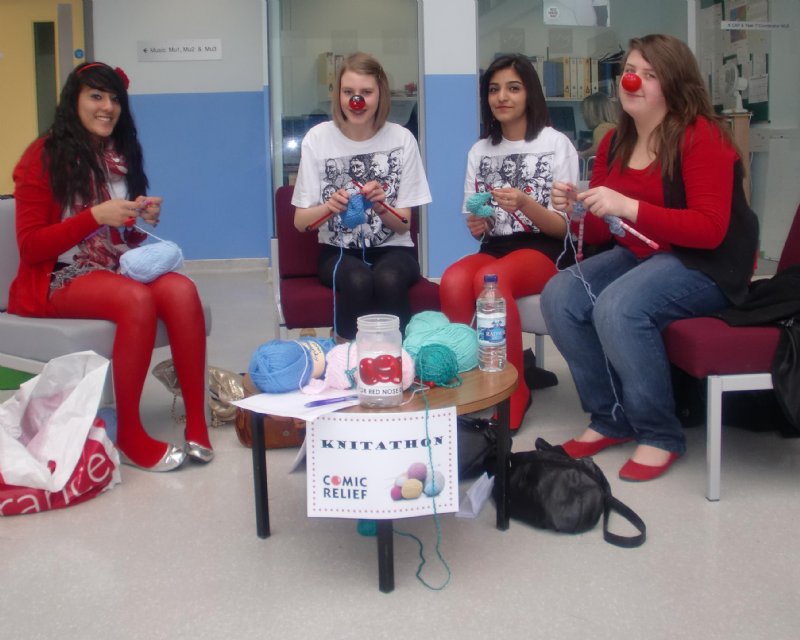